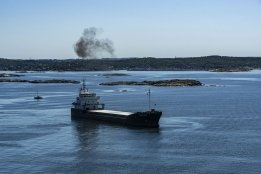 Regulators across the world are looking at ways of encouraging the shipping industry to bear down on its carbon emissions. File Image / Pixabay

The European Union imposing its emissions trading system (EU-ETS) on shipping could risk global retaliation against Europe, according to industry body BIMCO.

Imposing the EU-ETS would risk the development of multiple similar systems developing, making imposing such a system globally "much more difficult to achieve," David Loosley, secretary general of BIMCO, said in a statement on the organisation's website Thursday.

"Given the international political climate in 2020, I see it as much more likely today that the EU ETS will be met with retaliation from its international trading partners over such a move," Loosley said.

"When you build a ship, you don’t know how often it will call at EU ports during its 25-year lifetime.

"That makes it impossible to calculate when an investment in carbon-reducing technology will have paid off.

"The consequence is that a regional ETS will not change how ships are built – it will just be a tax that ultimately ends up with the consumers."

BIMCO supports imposing a $2/mt levy on bunker sales at the global level to build up a research and development fund for zero-carbon energy technologies for shipping.

In a recent report proposing global carbon pricing for marine fuels, commodity trader Trafigura said the $2/mt levy proposal "would neither significantly affect fuel costs nor likely have a material impact on the development of alternative fuels."

Peter Sand, chief shipping analyst at BIMCO, will be speaking at the IBIA Annual Convention 2020 in November.