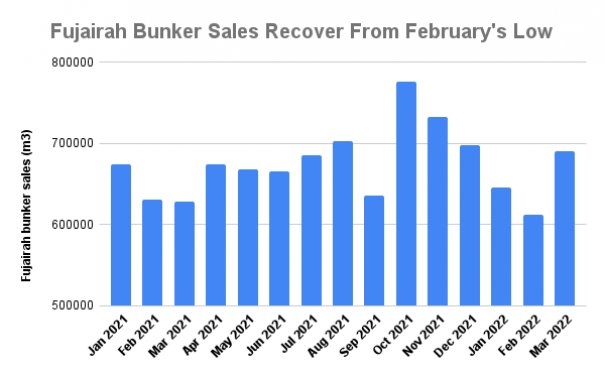 Bunker sales at the Middle Eastern hub of Fujairah, the world's third-largest bunkering port, rallied in March after hitting the lowest level since at least 2020 the previous month.

Total sales excluding marine lubricants advanced to 691,141 m3 in March, the most since December, according to the latest data from the Fujairah Oil Industry Zone and price reporting agency S&P Global Commodity Insights. The total was up by 9.9% on the year and by 12.9% from February's low.

Singapore's marine fuel sales dropped by 10% on the year in March, while Panama's lost 3.8%.

Monique Twigt has joined the firm as a bunker trader as of this month.

The organisation's headquarters is now based on Cheapside in the east of the City of London.