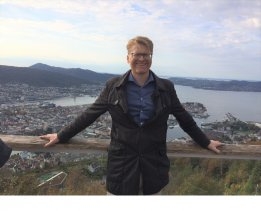 The company, which is a developing a delivery model for LNG bunker fuel suited to a ship operator's particular situation, has secured government funding to develop hydrogen bunker fuel.

"Cryo Shipping aim to take lead in the future green energy development, and has received government grants for developing suitable infrastructure solutions for supply of fully renewable energy as marine fuel," the company said in a statement.

The statement adds that the Bergen-based company "is co-operating with major players in the hydrogen industry".

Hydrogen is one of a clutch of so called 'alternative' bunker fuels being eyed up by industry players.

Of these, LNG is considered to be the most advanced in terms of market acceptance although oil-derived products remain by far the dominant form of shipping fuel.

Ship & Bunker to Host "State of the Industry" Webinar Event