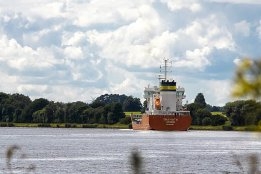 Hoyer Group has announced the expansion of its marine fuel operations with the addition of new staff to support both its bunker trading and physical supply ambitions, as well as the return of a physical supply operation in the Kiel-Canal.

For the firm's recently established Hoyer Marine Trading GmbH unit, Jesper Jensen and Salvatore Somma - both understood to be coming from roles at ElbOil GmbH - will join effective January 1, 2021.

The firm is reentering the Kiel-Canal market having disbanded its earlier NWB-bunkerstation at Brunsbuettel. The firm will now use the Total terminal.

Heße has spent the last 29 years with Total in Germany.

"With these steps we further complete our service-concept for our local and international customers and look forward to the continued trustful and future-oriented cooperation with them", said Thomas Hoyer, a shareholder of the Hoyer Group of companies.

Hoyer Group's new unit follow its 2018 MGO supply venture in the Hamburg area in conjunction with Frommann. That venture is still running.

Given 'negative' outlook on climate change and price volatility risks.

"It is clear if you cannot sell as bunkers at a significant premium over cargo then one of three things has to happen: the actual quantity delivered has to drop, short-cuts are taken with blending or companies go bust."