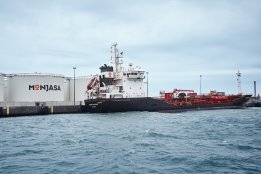 Danish bunker company Monjasa has beefed up its credit capacity by $160 million in preparation for the higher fuel prices post-IMO2020.

Four finance houses have been added to its roster of financial backers, the company said in  a statement.

The extra financial support "confirms Monjasa as a robust business partner in 2020 and beyond", according to company group director for legal and treasury Rasmus Knudsen.

Regional banks "understand the local business context" which, in turn, shows "Monjasa as a safe port in challenging niche markets arkund the world".

The company has not released the names of the finance institutions nor its total credit facility for commercial reasons, it said.

More Coronavirus Woes For Crude, But Prices Could Improve By Summer Says Analyst