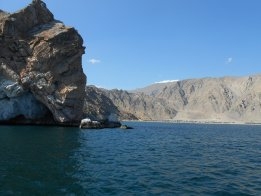 Attacks happened in seas off the UAE coast. File image/Pixabay

A bunker barge was among the ships hit in the unexplained attacks on four vessels off the Fujairah coastline four days ago.

The bunker barge was "badly damaged" in the attack, a source in the United Arab Emirates port told Ship and Bunker. The vessel is now at anchorage, the source added.

A Michel is operated by Sharjah-based bunkering and marine services company, Al Arabia Bunkering. It has capacity for 5,000 metric tonnes (mt) of fuel oil and 1,500 mt of gasoil, according to the company's website.

Ship and Bunker had been unable to reach Al Arabia before going to press.