What's Up with the HSFO Bunker Prices and Why Are All the Scrubber Guys Getting Worried? 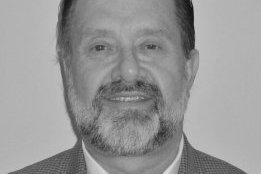 Recent weeks have given rise to a surprising phenomenon in many of the world's major bunkering locations. As we rapidly approach the demise, or partial demise, of HSFO as bunkers, the HSFO bunker price is suddenly rising in value against both crude oil and against diesel prices.

What exactly was going on?

It all really comes down to the simple laws of supply and demand. HSFO suddenly became very scarce in the second half of 2018 driven by a unique (?) combination of factors.

Will this all continue in 2019? To a certain degree it likely will and this creates some interesting potential for profitable HSFO business

Firstly, some of the predicted reduction in HSFO production from existing refineries actually became reality and so a little less HSFO was on the market.

Secondly, inspired by a combination of OPEC cutbacks and Iranian sanctions we suddenly saw a increased need for HSFO in certain parts of the world. In particular, Saudi Arabia made the call to shift much of its significant power generation capacity from using its own crude oil to imported HSFO, creating an unexpected demand for HSFO.

Thirdly, and by no means least, we started to see the impact of many of the major traders of HSFO cargoes losing interest in trading HSFO as a commodity. Its not clear whether this was driven by consolidation of HSFO and Diesel trading books, poor financial performance in the first half of 2018 (and 2017), the impending IMO 2020 reduction in HSFO trading activity or a series of horrendous quality claims in the US Gulf area, but activity was down and HSFO liquidity suffered in the market.    When oil is scarce prices go up and some of the regional issues in locations, like NY, where even more exaggerated.

Will this all continue in 2019? To a certain degree it likely will and this creates some interesting potential for profitable HSFO business as we start to feel the disruption of 2020. 2019 could be a good year for HSFO traders and suppliers?

What about the scrubber guys? Well, as HSFO rose, diesel and crude really did not, so this made scrubbed HSFO (using today's prices) less attractive as a fuel choice for 2020. But, no worries…HSFO will be very cheap by the end of this year and scrubber economics should be all good again!

Federal authority reported to be taking a flexible approach to IMO2020 enforcement.

As part of an established and highly successful key account team in Singapore.