Too Big To Fail: Hanjin's Impact On Bunkering – Immediate Exposure Could Exceed $100M 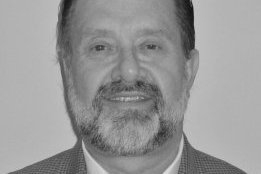 When shipping rode the financial crisis of 2008/2009, there was always a view that certain companies in the industry were just too big to fail.  It was assumed that the banks, shareholders and other industry stakeholders and institutions would give them their full support to ensure continuity; the alternative was simply not an option.

I am not talking about OW Bunker, although arguably there are clear similarities when we consider the impact of its collapse on the wider market.  This week, the industry saw the demise of Hanjin Shipping, the seventh largest container carrier in the world and the sister company of Korea's national airline, KAL, a company that was for decades a growth-orientated shipping and logistics company that was much admired both inside and outside Korea.  On 31st August this industry giant filed for bankruptcy protection and stopped accepting new cargo. With its assets frozen, ships were refused permission to offload or take aboard containers, and for those vessels in port, ship arrests soon followed.

The bunker industry has also suffered, and rallied again.   But this is deeper and bigger.

While a South Korean court has said that it would initiate the process to rehabilitate the carrier, which may allow Hanjin to take legal action in other countries to keep its assets from being seized, the majority of opinion formers see eventual liquidation as the most likely conclusion.

Hanjin has been losing money for many years, there was also the sentiment that its total collapse simply would not, and could not happen; that some saviour would be found.  But none came forward and now it is too late, particularly for a liner company where marketing and service reliability are the cornerstones of their value proposition.

Of course the shipping industry is used to seeing companies fail; there have been plenty over the past few years.  The bunker industry has also suffered, and rallied again.   But this is deeper and bigger.  In terms of impact status, the Hanjin's collapse ranks at least on a par with, but probably above, the collapse of the major shipping companies in the 1980s.  However, the immediate impact on the bunkering industry and what it signifies for the rest of the sector's customer base is particularly concerning.

Based on a historical knowledge, and the size and scope of Hanjin's fleet of 98 container and 44 bulk carriers, it is safe to assume that they purchased somewhere in excess of three million metric tons of bunkers per year

Based on a historical knowledge, and the size and scope of Hanjin's fleet of 98 container and 44 bulk carriers, it is safe to assume that they purchased somewhere in excess of three million metric tons of bunkers per year. One must also assume that they have not been paying on time recently; indeed there have been plenty of rumors to that effect for the last few months, so perhaps they were making payments on a 45-day basis after delivery.   By these estimates it would appear that the bunker industry is exposed to a possible immediate financial hit exceeding $100 million.   To anyone's reckoning this is a major problem.

It is not yet clear as to where these exposures might lie, but it is likely that the major oil companies and most physical suppliers have cut, or severely limited their exposure to Hanjin for some months now.  This leaves most of the debt with the bunker traders.  It could be argued that the risk calculus for those exposed to Hanjin was that they were too big to fail, or that a rescue package would always be found, or maybe even that Korean bankruptcy laws would somehow allow companies to collect – which they are rumoured to have done in the past.   We can also safely assume that exposure is fairly widely spread across many companies, so hopefully the majority can deal with their individual loses on this occasion.  However, what is clear, is that the "too big to fail" call is now a very dangerous risk calculus to make.

Tip of the Iceberg?

Beyond the immediate impacts of Hanjin's collapse, we need to ask what this means for the wider shipping industry.  Is this the tip, or the bottom of the iceberg?  There is certainly minimal financial positivity within the industry and related sectors, which is concerning.  While Hanjin may not immediately trigger any shipping or bunkering company to collapse, it does not mean similar events are not around the corner.

So what can bunker suppliers do?  Who do they sell to?  How do they manage risk?   They certainly can't just stop selling or buying fuel.

Fundamentally, there needs to be recognition of the risks that suppliers and traders face, and in conjunction with this, there needs to be a realistic return for taking these risks on.  In discussing these issues with the major bunker traders, it is clear that they recognise where the potential problems lie, but they are forced into trading for smaller and smaller margins on riskier and riskier accounts.    The issue is perhaps more with the physical suppliers, as well as for buyers who need to take a whole new appraisal of counter party risk.  It is a complete fallacy to argue that each trader channel is equal and then make four or five different companies compete on an inquiry or a contract.  They are not equal; some are clearly riskier than others with weaker balance sheets, control and management structures and ethical standards.   In taking learnings from the OW Bunker collapse, there was complete miscalculation of counter party risk and the fact that a poor decision can hurt those who falsely believed their bottom lines were protected.

It is difficult to put a positive spin on Hanjin's demise, and it is very concerning for the health of the bunkering industry.  As a standalone event it is perhaps not as disastrous as OW Bunker's collapse, however, as a precedent it could easily signal a series of catastrophic events for shipping and bunkering.

There is real commitment and passion within the bunkering industry, and few companies are likely to leave because of this event, but it is time to get smart.  It is time for every company to understand all the risks that exist within the sector, and within their own organisations.  This means genuinely understanding who can be trusted, and who cannot, and to ensure that there are clear, pragmatic and transparent processes that mitigate risk.  Without this, in very uncertain and volatile times, business continuity cannot be assured.

Both said to have large fleets and leading positions in scrubber implementation.

Meanwhile, shale drillers say they might consider easing cutbacks in the near future.