Industry Insight: Hapag-Lloyd Explains How a Vessel Switches to Low Sulfur Fuel When Entering an ECA

In more and more regions of the world, ships have to change to low-sulfur fuel before being allowed to sail into Emission Control Areas. But how does one make this switch with a gigantic ship? The procedure is more complicated than you might expect.

Viscosities, temperatures, consumption – these are terms that fill any chief engineer with joy. And it's just as well for these figures are crucial when it comes to the so-called fuel changeover that is required when ships enter or leave Emission Control Areas (ECA), for example, in North America and North Europe. "The regulations in force there since January 1, 2015 state that the maximum sulphur content in fuel is 0.1 percent. Beyond the ECA, the limit is 3.5 percent," says Chief Engineer Karsten Bartlau in the ship's office of the "Kuala Lumpur Express."

More and more of the world's maritime areas are introducing stringent caps on the sulphur content in fuels. This is why the container ships of Hapag-Lloyd are ­increasingly using low sulphur Marine Diesel Oil, MDO for short. This is not only considerably more expensive but also involves a complex procedure: before the vessel enters an Emission Control Area, the fuel system has to be switched ­ completely. But what precisely does that entail? An on-board technology report. 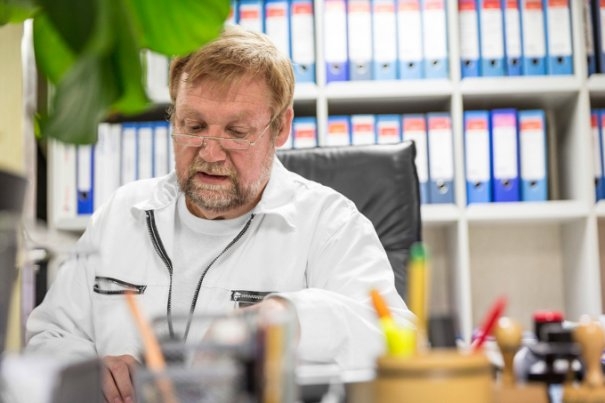 For Chief Bartlau the preparations for the switch begin 24 hours before the ECA border.

Four times per tour is how often the "Kuala Lumpur Express" needs to switch fuels. The 8,750-TEU vessel operates on the AX1 service between Northern Europe and the US East Coast – and thus between the ECAs in North America and those in the North and the Baltic Sea. When entering the ­English Channel, for example, the regulations state that once ships pass "5 West," the longitude of five degrees west of Greenwich, only fuel with a sulphur content of less than 0.1 percent is allowed to pass through their fuel-injection nozzles. Failing that, there is the risk of a six to seven-digit figure penalty on both sides of the Atlantic, delays to the schedule, not to mention the ship could be prohibited from entering ports. In the United States, a ship's officers can even be arrested if violations can be proven.

As a result, preparations for the fuel switch are very thorough. The process starts around 24 hours before the ship reaches the ECA border with a message from the nautical ­officers. "The nautical officers tell us when we will be reaching the border. And from that point in time we calculate backwards," explains Chief Bartlau. Together with the third engineer, he immediately starts making preparations. To begin with, they slowly reduce the temperature in the HFO service tank to 120 degrees Celsius and raise the temperature in the MDO service tank to 45 degrees Celsius. This ensures that the temperature difference between the two fuels is only around 75 degrees. This provides a significant advantage. "The difference in temperature between fuel that has just been used and new fuel is one of the most important determinants," says Bartlau. The change of temperature gradient in the main engine should never be more than two degrees Celsius per minute at the most, as sudden changes can lead to leakage and in the worst case to a piston seizing. 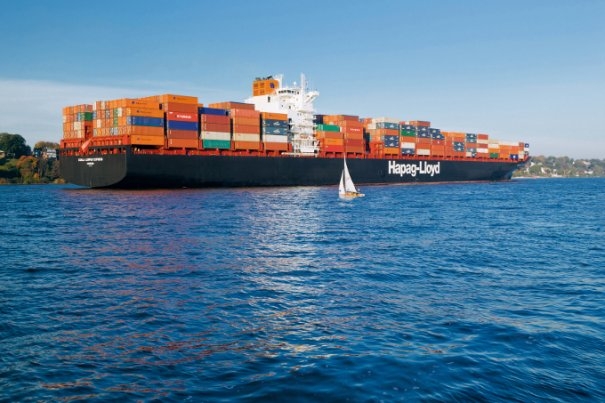 The chief also uses a fuel changeover calculator to gauge the exact duration for the conversion – the software was specifically customized to each individual ship in the fleet. In the example shown, the switch-over period for the "Kuala Lumpur Express" lasted exactly three hours and 41 minutes. As this is a relatively new vessel, the changeover on this ship is very fast. On other ships that are older, the entire process can take anything up to 72 hours.

"We pass this data on the nautical officers. They need to know that as of 61.1 nautical miles to the west of "5 West" –  with the addition of a safety zone of 10 to 15 minutes – we need to be traveling at a speed of 16.6 knots to ­ensure that we definitely use up the sulphurous fuel within the calculated time." To give the Chief and the third engineer enough time to prepare for the changeover, they need to be notified five hours before they reach the zone.

Around 4:20 hours before reaching the edge of the zone, the engineers begin with the changeover. The supply of hot steam – the heating for the HFO pipes and aggregates – is cut off. They also open the MDO valve a little and shut the HFO valve by the same margin. This process is repeated several times over the next 40 minutes as the 3:41 hours calculated for the fuel changeover apply to fully opened MDO and fully closed HFO valves. 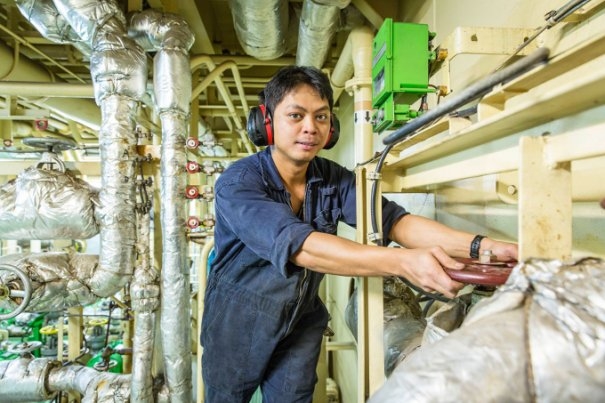 As soon as the valve is open, MDO flows through the supply pump and the automatic filter, the circulation pump and the indicator filter. It mixes with the HFO flowing back that has not been burnt and gradually replaces it. At the same time, the temperature of the fuel drops. "We successively actuate each of the spare supply and circulation pumps as well as all chambers in both filters. Only then can we be sure that all residual HFO has been burnt," says Bartlau.

Nothing could be worse than a changeover process that was executed in good time after which a port state control officer just ­happened to take a test sample from a pump that was not in operation. "The cards would definitely be stacked against us if we were forced to say: please don't take a sample from here!" Over the past few months, Bartlau has already witnessed one such inspection when a sample was taken and analyzed. The result of the test was negative: the sulphur content was within the limit. 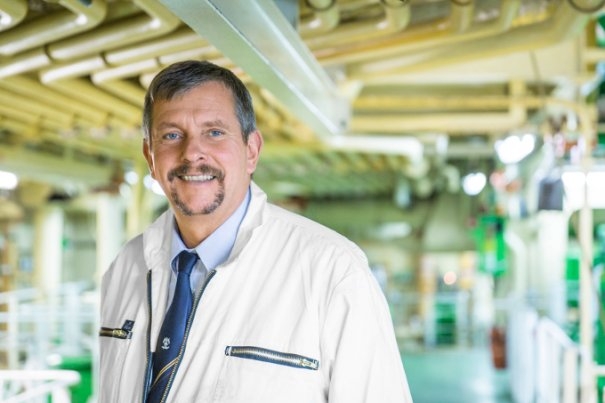 Wolfram Guntermann, Director Environmental Fleet, says: "We support regular and rigorous inspections in all Emission Control Areas. That is the only way we will ­really see a positive impact on the environment." Shipping companies who consistently abide by the laws and regulations fear that there is far less willingness to take action if there are no inspections. After all, there is a lot of money at stake – low sulphur MDO costs almost exactly twice as much as HFO. That is why Hapag-Lloyd has joined the Trident Alliance. This initiative is a coalition of shipping owners who are working ­towards bringing about a robust and transparent enforcement of maritime sulphur regulations. Guntermann says: "At the same time it is also about creating a level playing field and ensuring fair competition."

When entering Emission Control Areas, the challenge lies in completing the fuel changeover just a few minutes before crossing the border. If the chief engineer begins the changeover process prematurely, then he is literally burning money. Just one hour too long is tantamount to a four-digit dollar amount. When leaving the zone, the primary goal is to avoid damaging the engine's components through the changeover from cold MDO to hot HFO. That is why the "two degrees per minute" rule also applies in this case. Chief Bartlau says: "On our first few trips the changeover was quite an exciting process. No one knew how the main engine and the aggregates would respond. But now with our vast know-how, we've established a very conscientious routine here on board."

175 modern container ships, 7.5 million TEU (Twenty-foot Equivalent Unit) transported in a year, 9,500 motivated staff at more than 350 locations in 117 countries, networked through an IT system that is the industry leader: Hapag-Lloyd is a leading global liner shipping company and a powerful partner for you.

After the merger with CSAV's container business in December 2014 Hapag-Lloyd offers a fleet with a total capacity of around 950,000 TEU as well as a container stock of more than 1.6 million TEU including one of the world’s largest and most modern reefer container fleets. A global network of 122 liner services guarantees fast and reliable connections between all continents.

For over 168 years Hapag-Lloyd has set industry-wide benchmarks for reliability, service, productivity and environmental protection. Other important topics for Hapag-Lloyd are compliance and sustainability.

Meanwhile, the Biden administration considers yet another SPR draw.