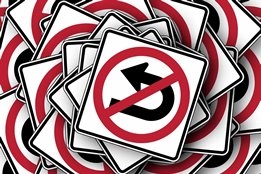 India has made a u-turn on its IMO2020 plans. File Image / Pixabay

India looks to have backtracked on its plans for only partial implementation of the upcoming IMO2020 rule.

Comments from Shipping minister Mansukh L Mandaviya in July, and unnamed ministers earlier this month indicated the country would not apply the new 0.50% sulfur cap to ships operating in its domestic trade.

However, Platts says it has been told by an official that "domestic shipping will start complying as soon as the low sulfur fuel is available."

As the country already has supplies of complaint distillate fuel, and with the likes of state-run Indian Oil Corporation (IOC) saying last month it will have IMO2020 grade VLSFO available in India as early as October, in theory there should be no reason why compliant fuel is not available.

With global, consistent enforcement seen as key to the success of IMO2020, John Butler, President & CEO of the World Shipping Council last week said the suggestion that some nations might not fully implement the new rules is "disturbing".

Willful non-enforcement aside, also of concern is the fact some Annex VI signatories face serious barriers to their ability to enforce the new rules.

The firm will put on hold any spot freight rate increases from September 9 to February 1.