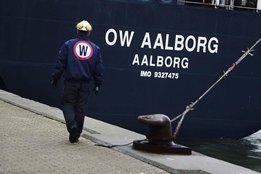 Five years ago today the bunker industry witnessed its most significant event in recent times; OW Bunker filed for Bankruptcy.

The fallout from the former bunkering giant's collapse is still being felt today.

A key factor in the demise was what has now been determined by courts to be mismanagement of the firm's credit facility to the tune of $125 million.

In short, the company's Singapore-based subsidiary Dynamic Oil Trading (DoT) essentially extended use of its substantial credit facility to a much smaller entity, Tankoil, for what seemed like excellent short term gains but ultimately disastrous long-term results.

In 55 days the title of "most significant bunker industry event" will pass to IMO2020, and with the global sulfur cap falling to 0.50% comes fresh warnings of a rise in credit sharing among intermediaries.

as prices go up and cashflows of the intermediaries get squeezed.. you're going to see more intermediaries utilizing credit of other traders to get the credit that they need

"What I am genuinely concerned about is that as prices go up and cashflows of the intermediaries get squeezed, that you're going to see more intermediaries utilizing credit of other traders to get the credit that they need," LQM CEO Daniel Rose told SeaCred founder Jason Silber in the latest edition of the credit reporting firm's Ship Happens podcast.

Exactly how much more credit the industry will need as a result of IMO2020 is unclear, but consensus looks to be settling on lifting its current $10 billion requirement to $12-$14 billion.

While some of the industry's biggest names, including Bunker Holding, World Fuel Services, and Peninsula Petroleum, have been announcing impressive new nine and ten figure facilities, less clear is where the myriad of smaller players stand.

And while the sharing of credit is not in itself a problem, as we saw with the collapse of OW Bunker it can cause huge problems if that house of cards comes crashing down.

As a result, following OW there has been plenty of talk that buyers are trying to buy more direct, but Rose warns that they may not be aware of how long their transaction chain actually is.

"You could find that your chain of procurement and the elements of that chain just get longer. If you're the buyer you might not know that because the trader you've been dealing with for a long time has given you a price, but they don't necessarily have to tell you that 'I've got this price because I've got a credit line from another trader who happens to have a little bit of spare capacity with this oil major in Singapore'.That worries me. A great deal," he told Silber.

"I don't want be this person saying it's doom, doom, doom, but worst case scenario you've got your trader but they've got another three traders behind them, they're all doing receivables financing, everyone's trying to come after your asset, but the only asset in that chain is the buyer's ship.

"If I'm the buyer I think I'm morally obliged to make sure the chain that's supplying that ship is not going to kill me."

"Transparency, trust, and counterparty risk will become more important than ever. And today of all days we should remember that no-one is too big to fail," he adds.

Rose's advice: "Going into 2020 I think all buyers need to really look back and test the financial strength of the supply chains that they're using."

Heavy distillate and residue inventories reached 11.205 million barrels in the week to 6 January.