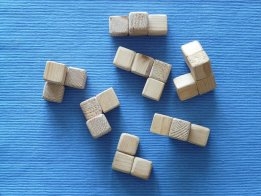 The firm is seeking to combine its three European units into a single team. File Image / Pixabay

A second of three key managers at global hybrid marine fuels firm Dan-Bunkering in Europe has left the company after it announced a reorganisation four months ago.

Nicolai Troen, formerly sales manager in Dan-Bunkering's Copenhagen office, has left the company to become a commercial manager at sister firm Global Risk Management. Troen had worked for Dan-Bunkering since 1998.

As part of that process, the firm intends to appoint a managing director and commercial director to run the newly-unified Dan-Bunkering Europe.

The firm would seek to 'establish one unit and team across the three locations', it said.

Goldenbeck announced he was stepping down from the company in October, with the plan of taking six months off work to spend time with family.

Both the managing director and commercial director jobs for Dan-Bunkering Europe after its planned unification were advertised publicly, meaning an external candidate may be found for either or both of the roles.

Changing of the Guard

Bunker One Global Accounts continues to be led by former IBIA Chairman Henrik Zederkof, who now reports to Grønborg as part of the KPI OceanConnect staff.

Further up the management chain at Bunker Holding's parent company, USTC, founder Torben Østergaard-Nielsen passed down the role of CEO to his daughter, Nina Østergaard Borris, in May, moving to become chairman of the company's board.

His other daughter, Mia Østergaard Rechnitzer, stepped into the firm's executive management as chief governance officer.

The previous board chairman, Klaus Nyborg, was moved to vice chairman of USTC, as well as taking over from Østergaard-Nielsen as chairman of Bunker Holding.

With production to start in three years.