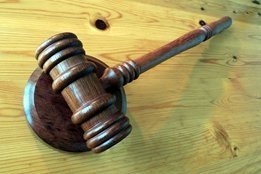 The founder of Brightoil, Dr Sit Kwong Lam, has lost his appeal against being declared bankrupt earlier this year by a court in Hong Kong.

The decision is the latest development in a payment dispute with Petrolimex that the Vietnam-based trader brought against Brightoil's Singapore subsidiary in November last year.

Sit's original bankruptcy declaration in April relates to a debt of some US$30 million he had personally guaranteed to pay Petrolimex as part of a debt owed by Brightoil's wholly-owned Brightoil Singapore Pte. Ltd (BOPS) subsidiary.

In appealing the decision, Sit argued the bankruptcy should have been stayed or dismissed as his Personal Guarantee agreement contained an arbitration clause as indicated by wording in one of the clauses that read: "other terms and conditions of the PG, including an arbitration clause."

"There is clearly a mistake on the face of the PG Addendum," Appeal Court vice-president Susan Kwan wrote in the decision.

Sit's bankruptcy meant he was forced to step down from various roles within the company, including CEO, Chairman of the Board, and Executive Director, although he returned to fold the following month in the role of "strategic adviser of the Company".

As the group faces wider financial headwinds, Brightoil's bunker business has come to a standstill and its entire fleet of bunker tankers was sold off last month.

The company has already reached the IMO 2030 target of cutting its carbon emissions per transport work by at least 40% from 2008's levels.