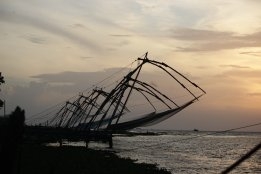 The company is also 'at an advanced stage of discussion' to acquire an LNG bunker barge, Platts said.

Adding an LNG bunkering hub at Kochi would be a significant milestone in the development of natural gas as an alternative bunker fuel in Asia. LNG bunkering infrastructure has thus far been much quicker to develop in Europe than in Asia.

Singapore held a naming ceremony for its first LNG bunker barge in October, and plans to have up to four LNG bunker suppliers operating by early next year.

The company's newest ship is equipped with batteries that are recharged during navigation using shaft generators and solar panels.