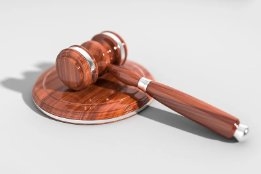 The restructuring of Brightoil Petroleum Singapore (BOPS) is set for January 2021, the company has said in its latest update released Wednesday.

Operations for the one-time Top 20 Singapore bunker supplier have been at a virtual standstill since its entire bunker fleet was placed under arrest at the end of 2018 and subsequently sold off the following year as a consequence of financial problems within the wider group.

While it still managed to record enough bunker sales in 2019 to avoid being placed last on that year's list of Maritime and Port Authority (MPA) ranked suppliers by volume sold - coming in at 44th out of 45 players - it officially exited the physical supply market in February of this year.

In Wednesday's update Brightoil said that as of end of September 2020 the legal cases in Singapore court due to its arrested vessels - which also including its tankers Brightoil Grace and Brightoil Lion - were completed.

As for the restructuring, the Singapore Court has once again extended the protection afforded under a debt restructuring moratorium. This now runs until January 29, 2021.

"The Company has made good progress in reaching legally binding settlements with major trade creditors, and is working closely with its legal advisors in Singapore to propose a BOPS
restructuring scheme for the court’s review, with the intention for implementation by end of January 2021, subject to the comments to be received from the scheme creditors," the statement added.

Fujairah could be poised for a sharp rally in its bunker volumes in 2021.

The Suezmax was arrested about five miles south of Pulau Upeh on Wednesday afternoon.