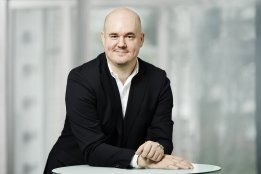 Marine fuel supplier Dan-Bunkering saw a 9.1% drop in its pre-tax profit last financial year, according to its annual report.

In the report the company said the performance was 'satisfactory' in the context of a volatile shipping market and the COVID-19 pandemic.

"We are very pleased that we have been able to demonstrate the same strong performance as last year despite a quite disruptive year with the 2020 sulphur changes, and the COVID-19 spread," Ulrik Silversparre Bodholdt, the company's chief financial officer, told Ship & Bunker via email Thursday.

"The drop in revenue is largely caused by the fluctuating oil prices, we have seen as well.

"Also, we are very proud of our people, who have shown great dedication and a high level of professionalism to support our customers worldwide during this extraordinary time."

The company's headcount expanded by three to 36 employees over the year, while its staffing costs gained 37% to $5.7 million.

The company expects its results for the 2020/21 financial year to be at the same level or lower than last year, it said.

The result makes Dan-Bunkering something of an outlier within its parent company Bunker Holding, where the company as a whole and several of its subsidiaries reported improving earnings over the same period.

Former CEO Christoffer Berg Lassen left the company in March 2018 to join Bunker Holding, just under a year after taking on the role.

"We currently are not looking for a new CEO [for Dan-Bunkering]," a spokesman for Bunker Holding told Ship & Bunker in May.

"Since 2018 we have had a set-up where a leadership team within Dan-Bunkering handles the daily business in close cooperation with Bunker Holding's commercial management, and that set-up has proven to be very effective.

"That doesn't mean that we are ruling out finding a CEO sometime in the future, but for now this model works for us."

Dan-Bunkering was charged last year in relation to an investigation into alleged jet fuel trading in Syria that may have breached EU sanctions.

The company has said it investigated its involvement in 29 trades from 2015-2017 that allegedly related to the case, and has found no 'concrete irregularities' in them that could have contravened sanctions against Syria in that period.