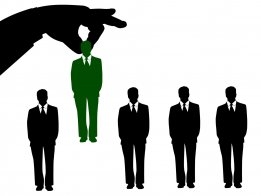 The details of the change are as yet unclear, but it is likely the staff are moving jointly. File Image / Pixabay

Marine fuels trading company OceanConnect's teams in Hamburg and Athens are leaving the company, according to sources familiar with the situation.

The details of the change are as yet unclear. The main possiblities are that OceanConnect is closing the offices, or that the staff are leaving voluntarily either to a new company or to an existing one.

One source said the German team was due to leave as of June 1, without giving further details.

A representative of OceanConnect did not respond to a request for comment when contacted by Ship & Bunker on Wednesday.

A spokesman for Bunker Holding, soon to be the parent company of OceanConnect via its unit KPI Bridge Oil, declined to comment on Tuesday on the grounds that its purchase of the company is still subject to regulatory approval.

In August 2018 the company opened its German office in Hamburg, hiring Lars Doering to run the office and Oliver Grunau and Karsten Kurth -- who had previously also worked for Bomin but more recently for Arte Bunkering -- as traders.

KPI Bridge Oil announced its deal to buy OceanConnect in late February. After regulatory approval the new entity is to trade under the name KPI OceanConnect.

A leaked draft of the European Commission's plans shows the current commitment is only to bring intra-EU voyages into the EU-ETS.