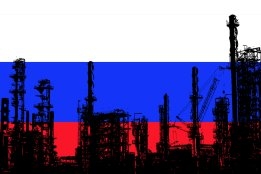 Russia is taking steps to stimulate the production of low sulfur bunkers and ease the transition to the new IMO 2020 global sulfur cap for the country's refiners.

Speaking at the 12th international Transport of Russia conference in Moscow, Pavel Sorokin, vice minister of energy, said as part of a package of "special privileges" for refiners his country would offer "a small premium for every ton of low-sulfur fuel in the Baltic and in the Far East basin," local media reports.

This premium will be higher in the Far East where the need for investment is greater, he added.

Most Russian manufacturers are capable of producing the low-sulfur fuel, he says, but left unanswered is the presumably more pressing question - particularly for non-complex refineries - of how much HFO would remain in 2020, and what to do with it.

Data from the energy ministry indicates in September the country was not producing any IMO 2020-compliant fuel oil, and more than two thirds of its output had a sulfur content over 2.5%.

And despite IHS Markit analyst Alexander Scherbakov having earlier stated that "Russia's oil segment appears to end up among the biggest losers financially" from IMO 2020, Sorokin believes "Russian manufacturers will cope with it."

"The measures that that government is taking to stimulate and accelerate the transition from heavy fuel oil to low-sulfur fuel are already bringing effect. There is a potential, and the risks are minimal."

The firm has established a US subsidiary and opened an office in Washington.

The tanker was arrested at 10:30 am local time 8.3 nautical miles to the east of Tanjung Siang.