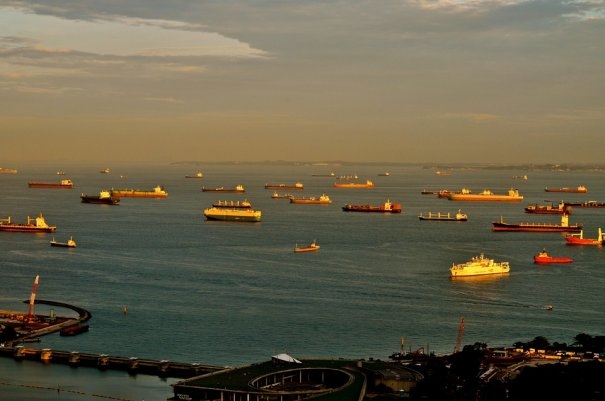 Competition in parts of the bunker industry has been tough this year. File Image / Pixabay

Bunker profit margins for new supplier TFG Marine appear to be less than half the level of the marine division of World Fuel Services, according to an analysis of the two firms' performance in the first nine months of 2020.

According to the account given of TFG's earnings in shipping company Golden Ocean's filings this year, the company saw overall profit of $4 million over the first three quarters.

WFS reported an income of $55.4 million from its marine segment in the first three quarters, and 13.261 million mt of sales, giving a profit margin of $4.18/mt.

The discrepancy reflects the two firms' differing strategies. World Fuel Services was for many years the world's biggest bunker company in terms of sales to end users, and since last year is second only to Bunker Holding. In the interests of increasing margin and profitability the firm has allowed sales to decline from over 31 million mt per year in 2016 to a little under 21 million mt in 2019.

Since early 2017 CFO Ira Birns has said the falling volumes were a result of cutting its 'low-margin, low-return activity in Asia'.

The largest driver of the volume decline came from a reduction in low-margin, low-return activity in Asia.

With the company in a position to be a lot more choosy about the business it does, this could have been particularly helpful at the start of this year which saw a high logistics premium on bunker sales given by IMO 2020 boosting profits.

After its first-quarter earnings, the firm saw a marine margin of $6.92/mt for those three months.

But after several years on streamlining its operations, its second-quarter sales total of 4 million mt was the lowest quarterly level reported since at least 2014, and less than half the level seen three years earlier. Seen in that context after several years of cutting costs, the $4.18/mt margin achieved so far this year appears more lacklustre, and is a sobering reflection of this years' market conditions as a whole.

Meanwhile TFG, newly set up by Trafigura, Frontline and Golden Ocean at the end of last year, has been keen to grow its business this year, winning its supplier's licence in Singapore in April and announcing US Gulf and Northwest European expansions since then.

Market sources have told Ship & Bunker that TFG has been taking an aggressive approach to sales in all of the ports in which it operates.

That focus on growing volumes will inevitably have led to weak margins in a year when COVID-19 has seen the overall size of the global market shrink.

The trick for TFG will be to see whether the overall recovery in the bunker market in the fourth quarter can see it return to profit after its third-quarter loss.