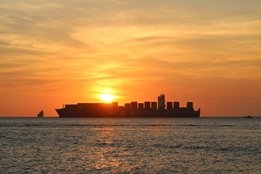 As we begin a new year, this feels like a natural point for reflection on the year that's passed, as well as some projections for the 12 months ahead. One theme that pervaded every month of 2017 for the marine industry was 2020 – the 0.5% global sulphur cap looms large and has been the source of much debate and conjecture. Although it could be argued that there remain more unanswered questions than definite answers, the momentum behind LNG as a viable, sustainable marine fuel is undeniable.

Despite an uncertain jigsaw when it comes to the future fuel matrix, prices, and availability, ship owners are continuing to bet on LNG's potential by ordering LNG-fuelled vessels. A survey conducted by German trade fair organiser, Hamburg Messe and Congress revealed that 44% of respondents cited LNG as their first choice when contemplating newbuild orders. And evidence shows that this is being acted upon.

Today there are 119 LNG-powered vessels in operation with a further 125 on order. The passenger and cruise segment can be commended for leading the charge and stimulating the demand for LNG bunkers. A headline from Interferry 2017 – "From Ferry-tale to Reality" – captures this sentiment well! This trend continues with Carnival's seven newbuilds on order, plus newbuildings planned by Royal Caribbean and P&O Cruises, to give just a few examples.

But importantly, this confidence in the future of LNG as a marine fuel is now permeating other segments of the industry too, to cite a few examples; Teekay Offshore Partners has options for two Suezmax-sized, DP2 shuttle tankers, Van der Kamp has a dredger on order, and the OOS Zinlandia – the world's largest semi-submersible crane vessel – will also be LNG-fuelled. In the US, TOTE Maritime (TOTE), Matson, and Pasha Hawaii, have all announced LNG-fuelled newbuilds. And TOTE announced its partnership with MAN Diesel & Turbo for its retrofit of Alaska trade vessels.

However, what really marks a step change in the evolution of LNG as a marine fuel is that we are now seeing orders for deep sea shipping extending beyond ECAs, for example Sovcomflot has ordered six Aframax tankers, Siem has two transatlantic car carriers on order for charter to Volkswagen, Polaris Shipping confirmed orders for ten, LNG-ready very large ore carriers (VLOCs). Notably, 2017 culminated in a major announcement from CMA CGM, stating that it will power its nine ultra-large container ship newbuilds – due to be delivered from 2020 – with LNG delivered by Total. "LNG is the fuel of the future for shipping," Rodolphe Saade, chairman and chief executive of CMA CGM was quoted as saying.

Like a game of chess, this decision by CMA CGM is so significant as it tips the balance for so many that may have – until now – been contemplating their next move, waiting to see how the largest industry actors will influence 2020 game plans. Other container lines are now likely to follow suit, as volume brings investment, which expands infrastructure and stimulates supply chains. The snowball effect is inevitable.

The lack of infrastructure is always top of the list for those citing the largest hurdles to uptake of LNG as a marine fuel. However, this argument is being steadily eroded and it's fair to say that 2017 represents a tipping point for LNG infrastructure. Indeed, one respected industry publication recently reported "a blizzard of LNG bunkering developments in 2017." And it certainly seems that way – of the world's top oil-bunkering ports, nine of the top ten (the exception being Long Beach) offer LNG bunkering or will do so by 2020.

LNG is now readily available in bulk at approximately 150 locations worldwide, and there is a huge bulk LNG infrastructure of regasification terminals and liquefaction plants globally

LNG is now readily available in bulk at approximately 150 locations worldwide, and there is a huge bulk LNG infrastructure of regasification terminals and liquefaction plants globally. Of significance, this infrastructure is already well aligned with many deep-sea trade routes. It is the movement of LNG from bulk facilities to the ships, more commonly known as the 'last mile', where efforts are being concentrated to enable easy access to LNG as a marine fuel. Ship-to-ship (STS) transfers are a much quicker and more efficient operation than jettyside truck-to-ship (TTS) bunkerings, and by 2018 there will be six LNG bunker vessels in service globally, with four more projects confirmed.

Gas4Sea has the Engie Zeebrugge, its Zeebrugge-based 5,000 m3 LNG bunker vessel that was delivered in April 2017 and the first LNG bunker vessel to enter into operation. In August 2017, Shell took delivery of the 6,500 m3 Cardissa, an LNG bunker tanker that is being operated from Rotterdam. Shell has also announced a cooperation with Anthony Veder on the conversion of the Dutch shipowner's 7,500 m3 coastal LNG carrier Coral Methane into a bunker vessel, with plans for long-term charters of bunker barges serving the Amsterdam, Rotterdam, and Antwerp (ARA) region in North West Europe and the southeast coast of the US. Skangas took delivery of a purpose-built LNG bunker vessel this summer – the 5,800 m3 Coralius. The Clean Jacksonville is North America's first ocean-going LNG bunker barge, with a 2,200 m3 fuel capacity. And Titan LNG will introduce its first LNG bunker vessel, the FlexFueler1 pontoon, in mid-2018 to enable the delivery of LNG fuel to vessels throughout the ARA region.

With the majority of LNG bunkering stations currently located in Europe, the region currently dominates the LNG bunkering market with a share of 85%. But with high marine trade and home to Singapore, the world's largest bunkering location; Asia-Pacific is expected to catch up quickly. Ports play a crucial role in facilitating this uptick in confidence, not only in relation to infrastructure, but also through incentives. This year, for example, the Maritime and Port Authority of Singapore (MPA) commenced its LNG bunkering pilot project, which provides various companies grants of up to S$2 million per LNG-powered vessel constructed; and in Japan, the Yokohama-Kawasaki International Port has initiated an ambitious LNG bunkering programme.

Looking ahead, the supply side is gearing up significantly and we are seeing announcements for investments in the next tier of bunker vessels, focused on NW Europe, the US East Coast, China, and Korea. ENN Group, for example, has announced plans to develop an LNG-bunkering hub at Zhoushan, near Shanghai, which includes plans for an 8,000m³ LNG bunker-supply ship. The Wärtsilä built Tornio Manga LNG terminal project in Northern Finland also has plans to provide bunkering for LNG fuelled ships visiting the northern Baltic Sea waters. And with increasing bulk LNG supply capacity from Qatar, the US, Australia, and Russia, new entrants and pressure from existing buyers for more flexible, shorter-term contracts are likely to stimulate the emergence of a more liquid LNG market.

The global 0.5% Sulphur cap provides immediate impetus for the development of LNG as a marine fuel, but as new Emission Control Areas (ECAs), with far tighter local emissions limits, emerge, this stimulus will increase further

On the regulatory side, we are seeing a push to develop uniform bunkering standards, informed by the work our partner association, the Society for Gas as a Marine Fuel (SGMF), is doing. Striving for harmonisation of regulations on a global level is critical to the long-term success of LNG. Ports, for example, are learning from early adopters, such as the Ports of Rotterdam and Jacksonville, and sharing knowledge and best practice to create uniform local regulation.

The global 0.5% Sulphur cap provides immediate impetus for the development of LNG as a marine fuel, but as new Emission Control Areas (ECAs), with far tighter local emissions limits, emerge, this stimulus will increase further. ECAs are being considered in areas including the Mediterranean, the Strait of Malacca, Central America, Japan, and Australia. And China is taking a phased approach to the introduction of full ECAs by regulating the Sulphur content of fuels at four locations around their major ports. The introduction of new ECAs supports local and regional uptake of LNG as a marine fuel, and longer term, bunkering infrastructure established in the ECAs is likely to emerge as key hubs for the deep-sea shipping space.

We know that ship owners are looking for certainty on LNG supply and infrastructure, and those developing the infrastructure are looking for people to order LNG-fuelled ships. With so many examples of tipping points and step changes for LNG in terms of both newbuilding orders and infrastructure developments throughout 2017, it seems that the blizzard of change will continue through 2018, with a snowball effect that's gathering momentum apace towards 2020 and beyond.

As an organisation, SEA\LNG has grown from 13 founding members to more than 30, representing the entire marine LNG value chain, uniting key players including shipping companies, classification societies, ports, major LNG suppliers, downstream companies, infrastructure providers, shipyards, and OEMs. We are proud that our members have been at the forefront of developments during 2017, which will no doubt continue through 2018 and the years ahead. 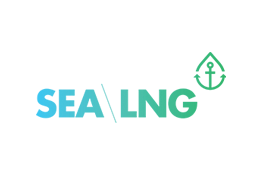 SEA\LNG brings together key players in the value chain, including shipping companies, classification societies, ports, major LNG suppliers, LNG bunkering companies, infrastructure providers and OEMs (original equipment manufacturers), helping to break down the commercial obstacles to transform the localised use of LNG as a marine fuel into a global reality.

SEA\LNG is guided by a board, which is led by chairman Peter Keller. Each member organisation commits mutually agreed human resources, data analysis and knowledge sharing in support of SEA\LNG initiatives and activities.

SEA\LNG recognises that while LNG is a competitive fuel relative to current alternatives, LNG infrastructure is needed in ports around the world to enable quick, safe and cost effective bunkering. In parallel, there remains a price premium for LNG-fuelled vessels, which can make investment decisions challenging. Furthermore, regulation has not been globally consistent, which has constrained incentives for investment in technology and the supply chain. SEA\LNG aims to address and help overcome these and other challenges.

The company is looking for candidates with at least five years of experience in the bunker industry and a solid network of contacts.

Bunker operations have stopped since the morning of October 2.