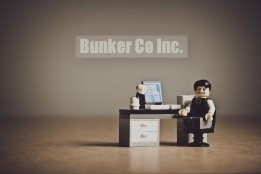 Could troubles may be brewing for the bunker industry this year? Image Credit: Pixabay / Ship & Bunker

After facing upheaval in 2019 from the imminent change in the IMO's sulfur limit and general financial volatility, the bunker industry is entering the 2020s somewhat tentatively.

Bunker One claims to be expecting a "new roaring Twenties" for bunkering this decade, and consultant Adrian Tolson has set out the details for Ship & Bunker of what look like tremendously lucrative premiums over bulk prices that bunker suppliers are commanding as IMO 2020 disrupts the market.

But bunker traders in some parts of the industry could be forgiven for feeling more nervous over their job security this year than excited about all the money they're about to make.

Here are some of the key themes arising both in the year that's just passed, and in the challenges and opportunities that the bunker industry faces as it enters a new decade.

Three years after the International Maritime Organization confirmed the 2020 start date for the new 0.50% marine fuels sulfur limit, concrete plans started to emerge for how the shipping and bunker industries planned to comply with it.

Announcements from oil producers about new 0.50% sulfur blends they had developed came thick and fast throughout the year, and concerns over the mutual compatibility of these fuels became one of the shipping industry's top concerns.

Those like ExxonMobil that were able to guarantee all of their 0.50% sulfur products worldwide would be compatible with each other will see the most interest, but this will remain a small, premium niche of the market.

The publication of the International Organization for Standardization's long-awaited 'Publicly Available Specification' setting out more information on the new 0.50% sulfur blends was something of a damp squib, giving more guidance on the complexity of the compatibility problem but not giving concrete specifications for oil producers to follow to avoid engine trouble for buyers.

Those investing in scrubbers had a mixed year.

Premiums of $300/mt or more for very low sulfur fuel oil (VLSFO) over high sulfur fuel oil (HSFO) by December made continuing to burn fuel oil look lucrative, and should lead to a rapid payback of the installation cost, but regulatory and technical concerns will have unnerved those who installed the emissions-cleaning systems.

Bans on open-loop models of the equipment - models that discharge their effluent into the sea, and which make up the vast majority of scrubber installations - continued to spread after Singapore's announcement in late 2018,  and Fujairah, China and Malaysia also announced variations on a ban on open-loop discharges in their territorial waters last year.

Complying with these bans, even if they become more widespread in 2020, will not limit the profitability of scrubbers too much if current HSFO discounts continue, as the majority of bunkers are consumed in the high seas.

But anyone with an investment in scrubbers will be wary of public sentiment moving against them - a ban by flag state authorities or regional organisations like the EU would be far more damaging.

On the plus side, Japan came out strongly in favour of open-loop scrubbing in a presentation to the IMO last year, highlighting the positive effect of reducing particulate matter emissions and casting doubt on the potential harm to marine organisms.

Technical concerns over scrubbers will also be high on the agenda this year.

A video of what was purported to be a scrubber malfunction leading to an engine room flooding spread rapidly around social media from September, joining other reports of similar malfunctions. This led to concerns that not enough research had been done on how the systems would perform over time, despite the fact the technology has been in use within the marine industry for some 15 years.

Scrubber proponents also argued that malfunctions were tending to arise from newer models designed by smaller, independent manufacturers with little experience of the marine market, and that systems from the leading manufacturers had a much better record.

For much of 2019 there were still arguments about whether IMO 2020 would really happen, or the extent to which it would be enforced.

Rumours of potential US moves to resist IMO 2020 enforcement persisted after media reports in October 2018 that the Trump administration would seek to phase in the change more slowly.

In July Indonesia's transport ministry said it would not enforce the 0.50% sulfur cap on its domestic fleet within its territorial waters

But these reports came to nothing - no serious policy measure along these lines was ever proposed in Washington, and industry experts and the IMO itself continually restated that there was no chance in practise of the new regulations being delayed.

A last-ditch call by the Greek shipping minister in November 2019 to delay the change on safety ground met more with raised eyebrows than serious consideration; it remains to be seen whether shipping crews will have safety problems handling the new fuels, but there have not been any prominent cases of this yet.

But taken more seriously were attempts by various countries to suggest they would not enforce IMO 2020 within their own borders.

In July Indonesia's transport ministry said it would not enforce the 0.50% sulfur cap on its domestic fleet within its territorial waters, but later backtracked on the move after widespread condemnation.

Russia announced a similar move applying to domestic waters across the Eurasian Economic Union, and has stuck to the plan so far.

India initially indicated it would not impose the 0.50% sulfur cap on its domestic shipping, but later backtracked - a move which it may now be regretting, as local media report coastal shipping in the east of the country is suffering delays because of VLSFO shortages.

Even beyond the looming deadline of IMO 2020, 2019 was a dramatic year for the bunker industry for other reasons.

One of the biggest stories of the year was the re-emergence from the Chapter 11 process of Aegean Marine Petroleum under its new name, Minerva Bunkering.

By August the company's bunkering business was at an effective standstill

After a disastrous year for Aegean in 2018 and its eventual rescue by Mercuria Energy Group, Minerva announced its new name in April 2019, and went on to restructure its US business into hubs in New York and Houston, and subsequently acquired Cepsa's bunker business in Panama.

Ship & Bunker and SeaCred jointly published a report on the top ten bunker suppliers around the world at the end of the year, and Minerva remained among the leading companies.

In February the company issued a profit warning related to its performance in the second half of 2018, saying its total aggregate debts were $1.9 billion.

Its founder and CEO Dr. Sit Kwong Lam was forced to step down in April after being declared bankrupt.

By August the company's bunkering business was at an effective standstill, and its barge fleet in Singapore was subsequently auctioned off.

Looking into this year, the financial aspect of IMO 2020 is going to be where the rub is.

Assuming the quality concerns over VLSFO can be overcome, it's going to be the cost of the new fuels that causes problems as bunker traders start handling a product that costs almost twice as much as the one they've been used to.

The bunker industry is going to need to secure tens of billions of dollars more in working capital from a sceptical banking industry that's increasingly hostile to fossil fuels.

Not everyone's going to make it.

Paul Millar, head of global credit at Bomin Bunker Holding GmbH & Co., gave a downhearted view of the risks the industry faces this year in comments to Bimco earlier this month.

"The oil majors will take a bigger market share and, in the new low-sulphur fuel environment, buyers will seek to buy more directly from physical suppliers," Millar said in the shipping industry body's Reflections 2020 magazine.

"Bunker traders' working capital will come under strain because of the higher fuel prices, slower-paying (or failing) customers, and cash flows will be disrupted, because very low-sulphur fuel oil claims will lead customers to withhold payment.

"As a consequence, some bunker traders will fail, while others will downsize, rename or get acquired, or otherwise exit the market.

That's not a universal view, and many would point out the potential for bunker traders to increase profits this year as they can squeeze better margins out of a more expensive product whose pricing is likely to be highly volatile in the short term.

Adrian Tolson has noted premiums of as much as $90/mt for delivered VLSFO over bulk prices in Singapore at the end of 2019.

That's a spread that should be enough to cheer up the most depressed bunker trader - but it's one that's only really going to be available for the larger, more sophisticated players operating at the major hubs, and it's unlikely to last for long.

For the average trader, 2020 is going to involve a tough battle to get more money from the banks, decide which customers you can extend more credit to, secure access to the more popular VLSFO blends and generally try to avoid going out of business.