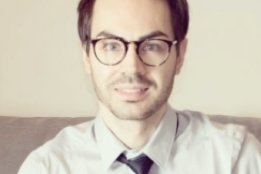 The use of second generation biofuels is on the rise and in the future they could become a serious alternative to today's VLSFO bunkers, according bunker blending specialist Lee Curcio, Principal Consultant at New York-based Blend Tiger.

"First generation biofuels are Fatty-Acid-Methyl-Esterm, or FAME, while second generation - or renewable diesel - is everything that is not FAME," says Curcio.

The use of biofuels has gained serious momentum over the last year with key biofuels player Goodfuels reporting a tripling of sales in 2021.

The growing interest is, of course, driven by the industry's need to decarbonize. Biofuels are seen as an ideal way to help ship owners and operators achieve emissions reductions as the fuels are 'drop in' in nature - that is, they can be used in vessels alongside traditional oil bunkers with no modifications required to the vessels.

A key downside of biofuels is their cost. They are significantly more expensive than traditional oil-based fuel, although that cost is lowering.

Thus, creating biofuel blends is currently a popular choice for those looking to trial the alternative fuels: emissions savings are still achieved, while overall costs are lowered.

A blend containing 30% biofuel, or B30, is among the most popular.

In a new white paper, "Bio-Bunkers: The immediate solution to the energy transition", Curcio explains the differences between various biofuels and give advice on creating biofuel blends.

Aside from the financial advantage of burning a biofuel blend, Curcio believes blends are also currently the safest choice for vessels looking to trial biofuels as there is not yet enough research to support the safe use of 100% biofuels.

"While pure HVO is definitely a possible solution for the future, I do not believe it's the best alternative at this time," he says.

"A better, safer and more economical starting point could be a blend of VLSFO with different percentages of HVO. High HVO prices and low availability of feedstocks make 100% biofuels difficult to scale up at this point."

However, Johannes Schürmann, Innovation Manager, GoodFuels, believes their company has done enough to show 100% biofuel bunkers are safe to use.

"GoodFuels has a strong and public track record of supplying B100 products to the maritime industry. Contrary to what this report says about 100% FAME's applicability in existing marine diesel engines, we have worked with customers whose vessels have already sailed for more than a year without any sign of technical issues. These partners include Spliethoff Group, Volkswagen, Heineken, and others.

"Current marine diesel engines are flexible enough to be able to burn 100% biofuel as a 'drop in', meaning that no technical or operational changes are required. We continue to build a considerable body of evidence as to the technical performance of 100% biofuel over years in operation and strongly believe in biofuels' ability to create real and immediate decarbonisation action."

Everyone is Now Qualified to Embrace Digital Bunkering: Vortex

"There isn't a person in the industry from a mariner on his first assignment to a CEO, that doesn't own a cell phone, has searched the internet, or answered a text or email."