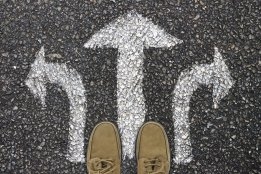 The industry faces a balancing act in 2021 as it seeks to recover from 2020's instability while taking on the challenges of limited credit and the decarbonisation agenda. File Image / Pixabay

No-one said 2020 was supposed to be an easy year for the bunker industry.

A host of problems were expected last year: quality issues with the new fuels, a price shock worsening access to credit, and suppliers being forced out of business.

A pandemic, coinciding with a collapse in OPEC's control of the oil markets, was not expected.

The industry now has to balance recovering from the COVID-19 era quickly with investing in the shift to zero-carbon fuels.

Heading into 2021, the bunker industry is left in a much more consolidated state, with the largest suppliers and largest ports clinging on to a bigger slice of a slightly smaller global market.

The smaller parts of the industry that have survived this year's shocks are now probably more resilient, and better prepared to face the challenge of a rapid rise in prices next year.

The industry as a whole now has to balance the needs of recovering out of the COVID-19 era quickly with investing in the shift to zero-carbon fuels.

The year started well, with what IMO Secretary General Kitack Lim hailed as a 'relatively smooth' transition into the new 0.50% sulfur cap.

"I believe it is testimony to the diligence and dedication of IMO, its Member States, the shipping industry, the fuel supply industry and other relevant industries that such a major rule change is being implemented successfully without significant disruption to maritime transport and those that depend on it," Lim said in January.

It had been suggested that the IMO 2020 transition could result in quality problems as a wide range of blend recipes were tried to produce 0.50% sulfur fuels, resulting in engine failures around the world as unstable blends were burned.

Some problems were reported by testing labs at the start of the year.

Some problems were reported by testing labs at the start of the year, but by May Steve Bee of VPS was reporting a significant improvement in quality.

Concerns were also raised over the regulatory problem of fuels falling between 0.50% and 0.53% sulfur, making them commercially acceptable but still potentially non-compliant, but these problems also dissipated later in the year as most port state control authorities showed little interest in prosecuting shipowners for minor infringements.

Some shipping and bunker companies later admitted that they had been expecting credit problems coping with the higher fuel bills from using VLSFO, but the crash in prices at the end of the first quarter soon took away these problems.

Warnings about COVID-19's impact on the shipping industry came as early as January, with analysts pointing out the effects of the SARS epidemic on oil prices in 2003.

But it wasn't until March that the bunker market saw its most profound shift.

A falling-out between Russia and Saudi Arabia over how to respond to the pandemic led to a crisis at the heart of OPEC and a slump in crude prices. Brent crude prices more than halved from $50.52/bl at the end of February to just $22.74/bl at the end of March as the market lost confidence in OPEC's ability to balance the market.

That slump eliminated the cost of IMO 2020 -- one of the biggest concerns in the run-up to the transition -- with VLSFO prices soon trading at a discount to where HSFO had been a year earlier. Access to credit to pay for increased bunker bills in 2020 was no longer a problem.

Owners of scrubber-equipped ships were some of the most disappointed.

But the oil price crash was far from universally welcomed. Owners of scrubber-equipped ships were some of the most disappointed, as the sharp drop in crude brought with it a rapid narrowing of the price spread between HSFO and VLSFO -- a key measure of profitability of the emissions-cleaning systems.

The Ship & Bunker G20 Index of prices at 20 leading bunkering ports shows the spread narrowed from $307/mt at the end of 2019 to as little as $50/mt by April 28. This is likely to have added several years to the time it will take for most scrubbers to pay for themselves in lower fuel bills.

Bigger shocks were to come as the sudden drop in the oil prices revealed which firms had insufficient hedging to protect them from this shock.

One of the biggest surprises of the year was the sudden crisis that engulfed Singapore's Hin Leong Trading.

In early April reports started to surface that the firm was struggling to raise new letters of credit. As well as being a key refined products trader in Singapore, Hin Leong owns what was formerly one of the city-state's largest bunker suppliers, Ocean Bunkering Services.

It soon became clear that the firm was in substantial legal disputes with its lenders over what were alleged to be falsified documents used to access credit.

By the end of the year most of the firm's empire was being picked apart, with Ocean Bunkering being wound up.

A second major upset hit the industry in July as allegations of fraud hit UAE-based GP Global. Despite giving bullish comments to the press and poaching trading teams from OceanConnect the previous month, the firm announced it was undergoing a restructuring after uncovering fraud committed by some of its employees in the UAE.

Little has since emerged about the nature of the fraud, but the company's bunkering business has been brought to a standstill and most of its trading staff have now found work elsewhere.

These two scandals took two major bunker suppliers out of the market in the space of a few months.

The immediate effect of these two scandals was to take two major bunker suppliers out of the market in the space of a few months. But coming at a time of limited demand, the bunker market covered this absence quickly without noticeable fuss.

The reaction of the credit market is likely to have a much longer-term impact.

A different kind of credit crisis for the bunker industry than the one expected from IMO 2020 began to emerge in the second half of the year: concerns rose over banks retreating from commodity trade finance altogether.

And in October Swiss bank UBS said it had lost almost $60 million in a commodity trade finance fraud case.

Fraud cases like that of Hin Leong and GP Global, as well as the earlier demise of Inter-Pacific Petroleum, were leaving banks wary of lending to what looked to be an increasingly risky business.

"It happened with shipping too -- with increased regulation and greater capital requirements to support to high-risk/cyclical sectors such as shipping, European banks cut their exposure massively," one credit manager told Ship & Bunker in August.

"The gap was largely filled by the Chinese banks, but they did that to support their shipyards, too.

"Whether that will happen here, too, is anyone's guess -- I have my doubts."

Compounding this wariness is the increasing reluctance of the banks to do business with industries dealing in fossil fuels.

New sources of finance for the bunker industry are likely to emerge.

New sources of finance for the bunker industry are likely to emerge, but as one bunker trader CEO told the IBIA Convention in November, this is likely to come with strings attached.

"The exiting liquidity will need to be filled in with alternative means of funding; at this point of time, the candidates are sovereign wealth and FinTech," the CEO said.

"But we do not see there is a like-for-like capacity to replace them.

"Even with the alternative lending, they will seek compliance, will seek transparency, and will seek a strategic plan for how to apply the energy transition into individual businesses."

After the ups and downs of 2020, consolidation is the main theme for the bunker industry at the start of 2021.

After the ups and downs of 2020, consolidation is the main theme for the bunker industry at the start of 2021. The wave of consolidation that was supposed to come with the transition to VLSFO -- given a stay of execution by March's collapse in bunker prices -- is now likely to continue in earnest, driven now by tightening access to credit rather than high prices.

The main example of consolidation in 2020 was the merger of KPI Bridge Oil and OceanConnect, officially announced in February before much of the year's market disruption.

Further moves along these lines are now likely in 2021, with Bunker Holding CEO Keld Demant telling Ship & Bunker last month that his firm would be on the lookout for acquisition targets.

"If we can find an organisation, if we can find people who have the right fit - meaning culture wise, geographically and so on - we will be pleased to further be leading this consolidation," he said.

Consolidation has also been happening at the level of market share between bunker ports, with demand tending to pile up at the largest hubs at the expense of smaller ports.

Overall global bunker market volumes are likely to be 5-10% down on the year, according to Ship & Bunker's quarterly market surveys delivered for 2020 so far, but ports like Rotterdam and Singapore will almost certainly post annual gains.

The other central theme of 2020 -- and likely to become even more important this year -- is the shift towards decarbonisation.

At present, the shipping and bunker industries are in something of a phoney war period on this topic. Much talk is emerging of strict emissions targets for future decades, long after the current generation of senior management teams have retired, but little concrete action has yet been possible.

Fuel-efficiency improvements made in recent years have allowed several shipping companies to announce that they have met the IMO's 2030 decarbonisation target a decade early. Opinion is divided on whether to interpret this as testament to these firms' environmental efforts or an indictment of the lack of ambition in the target.

The IMO's fourth GHG study, published in August, showed emissions were lower than 2008's levels by 2018 but had risen since 2012.

The UN body continued to struggle to bring in concrete short-term measures to set shipping's decarbonisation agenda, eventually agreeing a compromise position on fuel-efficiency measures in October that environmentalists have condemned. The European Union, for its part, is set to continue pushing to include shipping within its emissions trading system at the regional level.

But huge amounts of work is going on behind the scenes at shipping companies on decarbonisation, with shipowners keen to take on zero-carbon-fuelled vessels once they become available. And in the meantime, interest is accelerating rapidly in LNG and biofuel bunkering.

As the bunker industry's finances improve in 2021, some bunker suppliers and traders may also make moves into the alternative fuels space.

The test for both the shipping and bunker industries will be whether their decarbonisation plans can be made to tally with the timeline towards halving GHG emissions by 2050.

Mount Bunkering has contracted out the delivery vessel KORIMAKO to support Mobil's operation in Tauranga.

For deployment in Baltic and North Sea region.